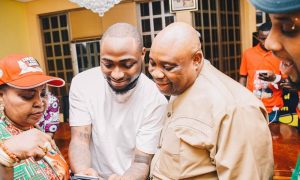 A court of appeal in Akure, Ondo state, has maintained that Davido’s uncle; Senator Nurudeen Ademola Adeleke popularly known as the dancing senator, was eligible to have participated in the last Osun governorship election and still eligible to participate in further coming elections.

The judgement was delivered today by the Federal Court of Appeal at about 11am this morning in Akure, finally putting to rest the issue of the senator’s eligibilty for election participation.

The Court dismissed an appeal against the judgement of Osogbo High court which had earlier confirmed the eligibility of Senator Ademola Adeleke to contest for the last Osun state gubernatorial election in September 2018.

The court based their verdict on a 3-count charge; that the court has no jurisdiction to hear the case, that the petitioner has no locus standi to file the case and finally that the case was brought to court after ther stipulated 14 day after primary election regulation.

Meanwhile, Davido has taken to his social media pages to celebrate yet again another victory for his uncle who a fortnight ago was declared the authentic winner of the Osun state election by a tribunal after the case was taken to court by the People’s Democratic Party (PDP) after allegations of election malpractices on the part of their opposition, the All Progressives Congress (APC) at the last governorship election of the state of Osun.