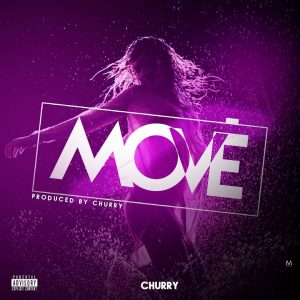 Churry is not slowing down on his musical pursuit as he quickly follows up with another smash Hit Dance Hall, After the successful release of his song {Know}. which brought attention, buzzing and making waves on the internet.

This New song  Titled “Move”will definately get’s itself to the most played in your Play list.