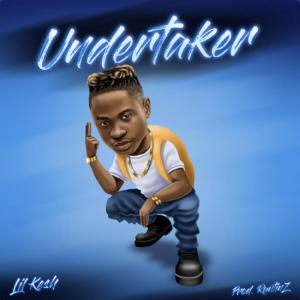 Lil Kesh – Undertaker. Lil Kesh has finally released his single Undertaker, a recording he has been promoting using his social media platforms for weeks now. The YAGI chief declares his love for a woman of interest and loyalty in the new joint.

Undertaker is produced by Runtinz. Listen up and share Exclusively On Ariyabase Media.